Raphael came to the field of Black Atlantic Studies through his research on the socio-revolutionary discourse during the Age of Revolution. His work focuses on the legacies of the Haitian Revolution for the Black Atlantic and its detractors – view here. 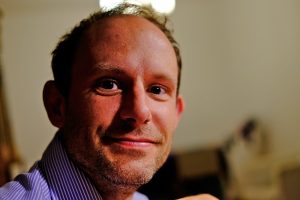 Raphael holds a PhD in Comparative Literature from the University of Glasgow. He has been postdoctoral researcher and lecturer in Cultural History at the Universities of Rostock and Giessen in Germany. He has obtained an EU-funded Marie Curie Intra-European Career Development Fellowship at UCLAN with Alan Rice as the ‘scientist in charge’.

Raphael is working on the first-full length study into transatlantic Gothic narratives of the Haitian Revolution (1791-1804). This momentous transformation constitutes the only successful slave revolution in history and one of first anti-colonial revolutions in the Americas. It led to the foundation of the “black Republic” of Haiti.

A major threat to the Atlantic world order which was dominated by slavery, racism and colonialism, the double self-liberation of the Haiti’s slaves from both slavery and colonialism has continued to pose a thorn in the side of the hegemonic forces in the North Atlantic. At the same time, for radical activists of the Black Atlantic it has marked the promise of revolutionary self-emancipation.

As the project will argue, the Gothic mode replete with tropes of horror and terror constitutes a dominant narrative mode that characterises not just literary and historical texts on the Haitian Revolution but also visual artefacts such as caricatures and films. It has largely been used to demonise the Haitian Revolution from its beginning up to the twenty-first century. However, there have also been persistent counter-attempts by black radicals from Frederick Douglass up to C.L.R. James to re-appropriate the Gothic mode for revolutionary ends. It is this tension and the attendant ideological battles on race, slavery, black revolutionary self-liberation, transatlantic (proto)-proletarian revolution, Pan-Africanism and black masculinities that this project will trace.