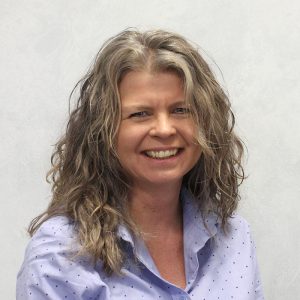 Theresa is a member of UCLan’s Institute for Black Atlantic Research, and researches race and performance, theatre history and culture. She is currently working on a second book for Edinburgh, on Transatlantic Theatre, as well as an article about African American actor Ira Aldridge who toured Britain and Europe between 1824 and his death in 1867. Theresa is also collaborating on several projects around Irish playwright Dion Boucicault’s nineteenth-century melodramatic productions.

Theresa is a member of the of Literature and Cultures Research Group.

Boucicault’s 1859 melodrama of race and slavery, The Octoroon, was initially staged in New York, then almost immediately pulled due to contractual disagreements between Boucicault and the Winter Garden Theatre its initial staging, however, was significant, taking place within two weeks of the execution of John Brown for his anti-slavery raid on Harper’s Ferry. Boucicault returned to England in 1860 and December 1861, Boucicault launched The Octoroon at the Adelphi: a famous battle between playwright and audience ensued, culminating in a rewriting of the fifth act of the play. In the New York production, Zoe Peyton committed suicide; in this new version, George and Zoe are united. My research so far has explored: 1. Boucicault’s rewriting of the play 2. That, in no other play did Boucicault attempt to kill off his heroine and 3. Boucicaultâ€™s transatlantic dynamic.

I have, on this project, been working in collaboration with Professor Lisa Merrill, Professor of Rhetoric, at HOFSTRA, New York, as part of the Digital Humanities research centre, based at HOFSTRA under the auspices of Professor John Bryant.

In Dahomey: A Performance Heritage

I am also exploring the various stagings of In Dahomey: A Musical Comedy, an all-African American vaudeville show that appeared on Broadway and travelled across Europe, to great acclaim, including a royal command performance in the grounds of Buckingham Palace. In this project I am looking at the articulation of black consciousness through the voices/performances of the African American vaudeville performers, often located uncomplicated stereotypes of blackness, and a product of an era prior to the overtly politicised art forms that stemmed from the Harlem Renaissance.