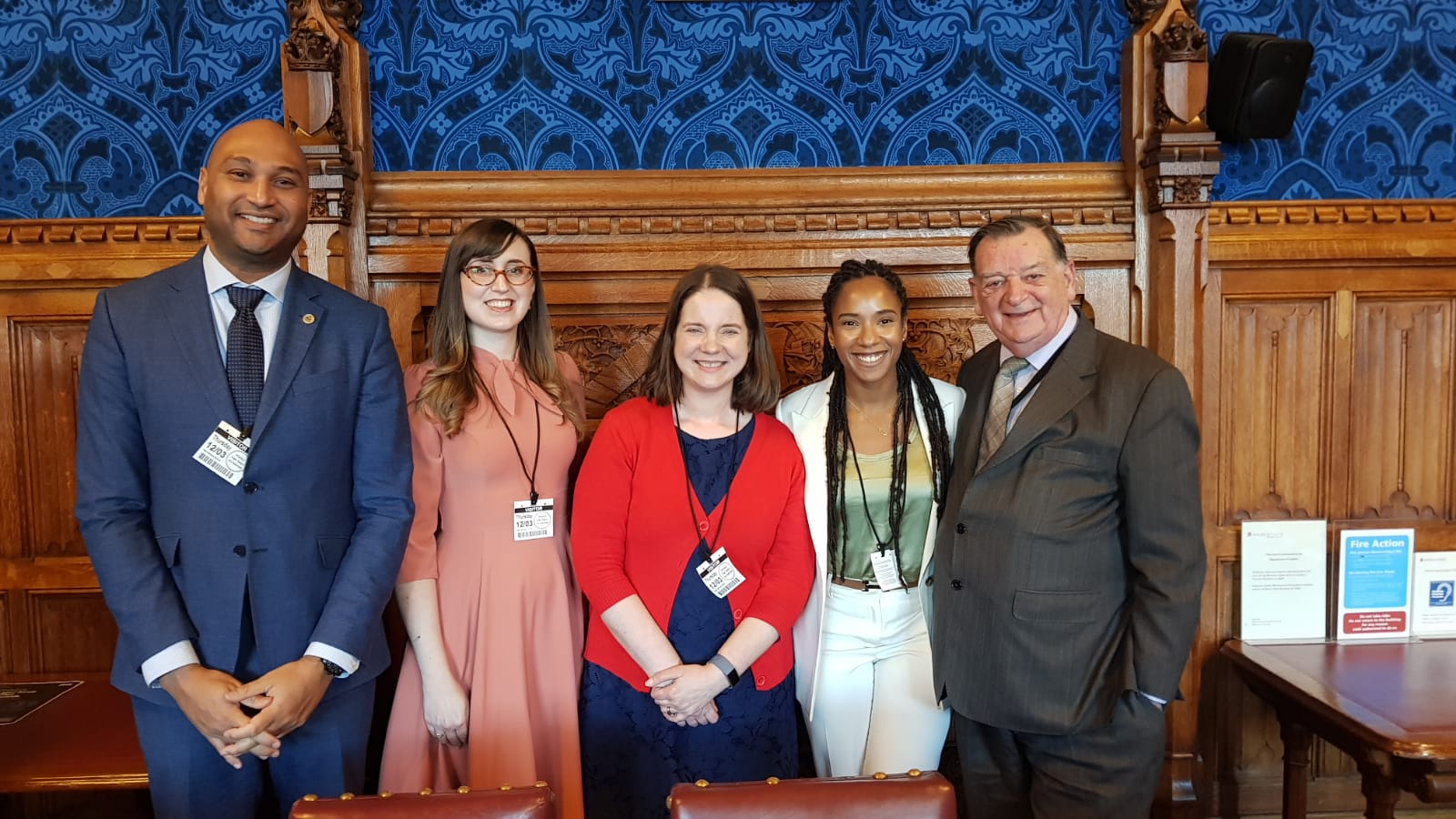 On Thursday 8 March Dr Nicole Willson, Leverhulme Trust Early Career Fellow at IBAR, was invited to speak in parliament as part of an All-Party Parliamentary Group meeting on Haiti chaired by the Labour Peer Lord Griffiths of Burry Port. Nicole spoke about her research on women in the Haitian Revolution and, in particular, about the life of Marie-Louise Christophe, the first Queen of Haiti, who, after her husband’s death by suicide in 1820, was forced into exile and lived for several years in England before retiring to Europe.

The event was coordinated by representatives from the Haitian Embassy in London, Gaëlle Lissade and Laurent Prosper (Chargé d’Affaires). In addition to a number of prominent peers, including Doreen Lawrence, Baroness of Clarendon, the meeting was attended by Michelet Romulus from the Haitian Chamber of Commerce, Haitian author Isabelle Dupuy and the Travel Writer and author of the Bradt Guide to Haiti, Paul Clammer. Dr Rachel Douglass from the University of Glasgow was also invited to speak. 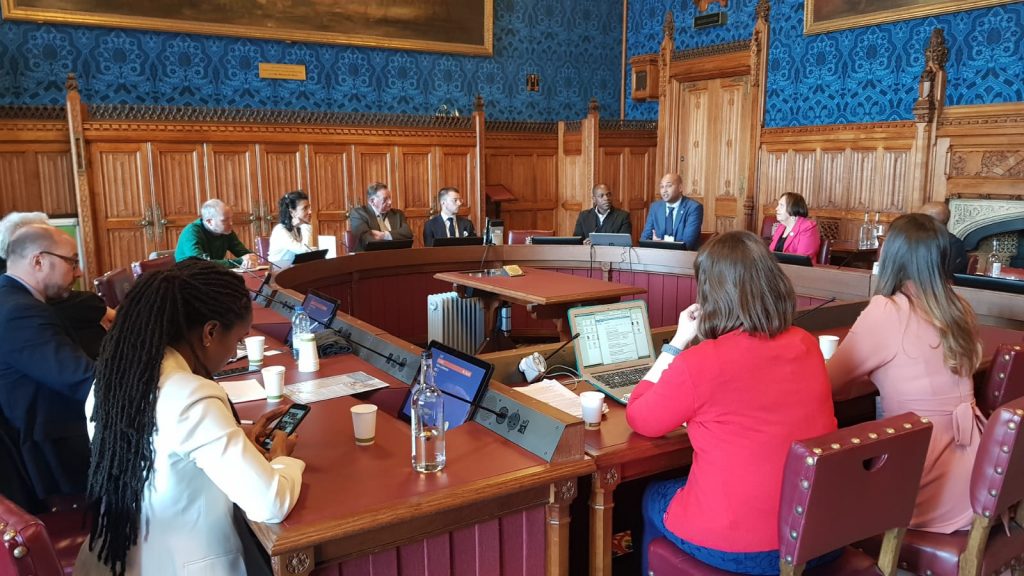 Attendees at the APPG in the Houses of Parliament