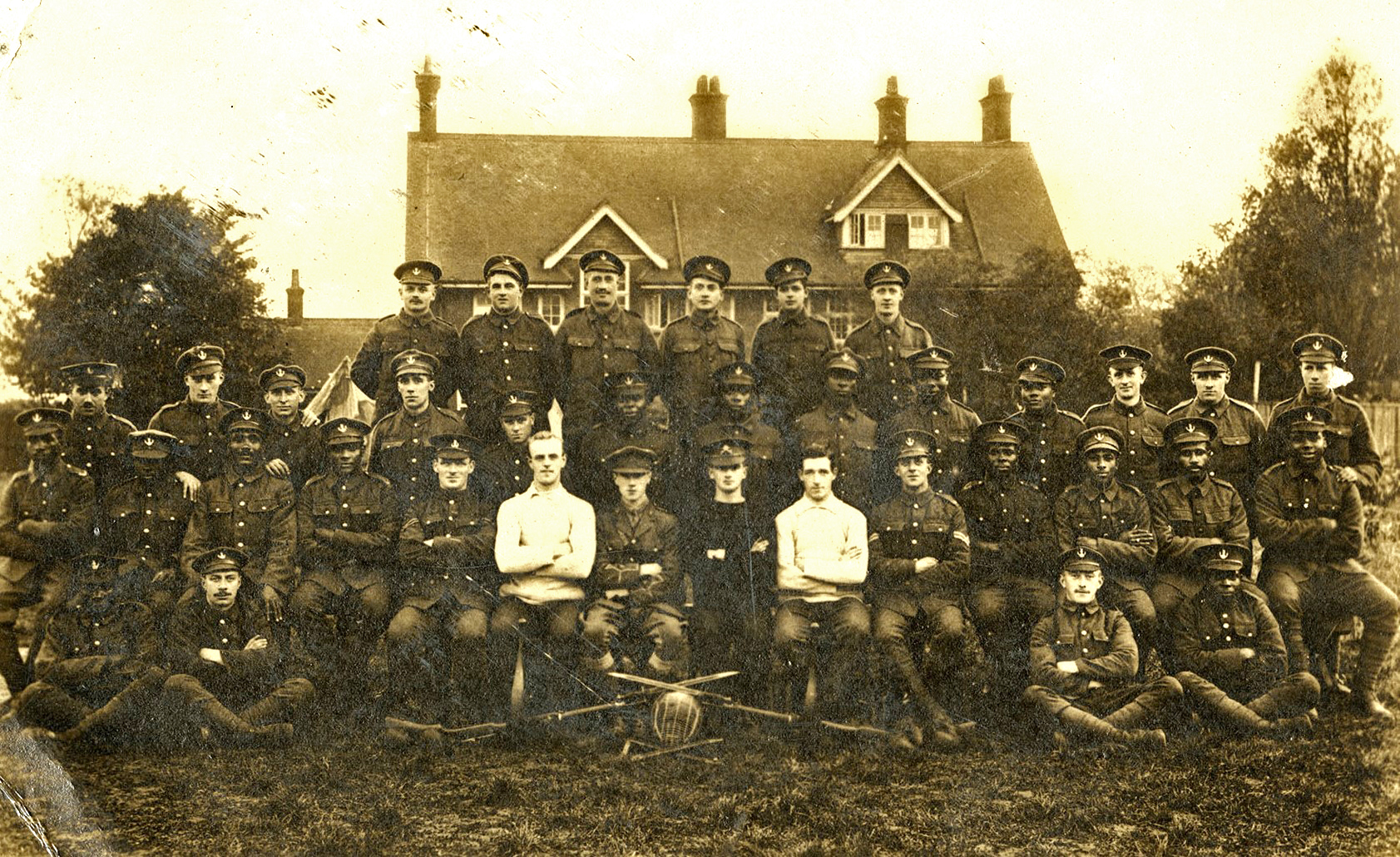 In December 1918, shortly after the First World War ended, this photograph was taken of a squadron of the 3rd battalion of the Loyal North Lancashire Regiment based at Felixstowe. Whereas initially the Loyal North Lancs had been recruited in  Preston and surrounding towns, by late 1918, they were a veritable foreign legion, including these fifteen black West Indians, of whose participation in the war this photograph is probably the only evidence.

If you want to find out more about the history behind this photograph, please click here to download a short text by Peter Hulme about “Lancashire’s Unknown Black Soldiers.”