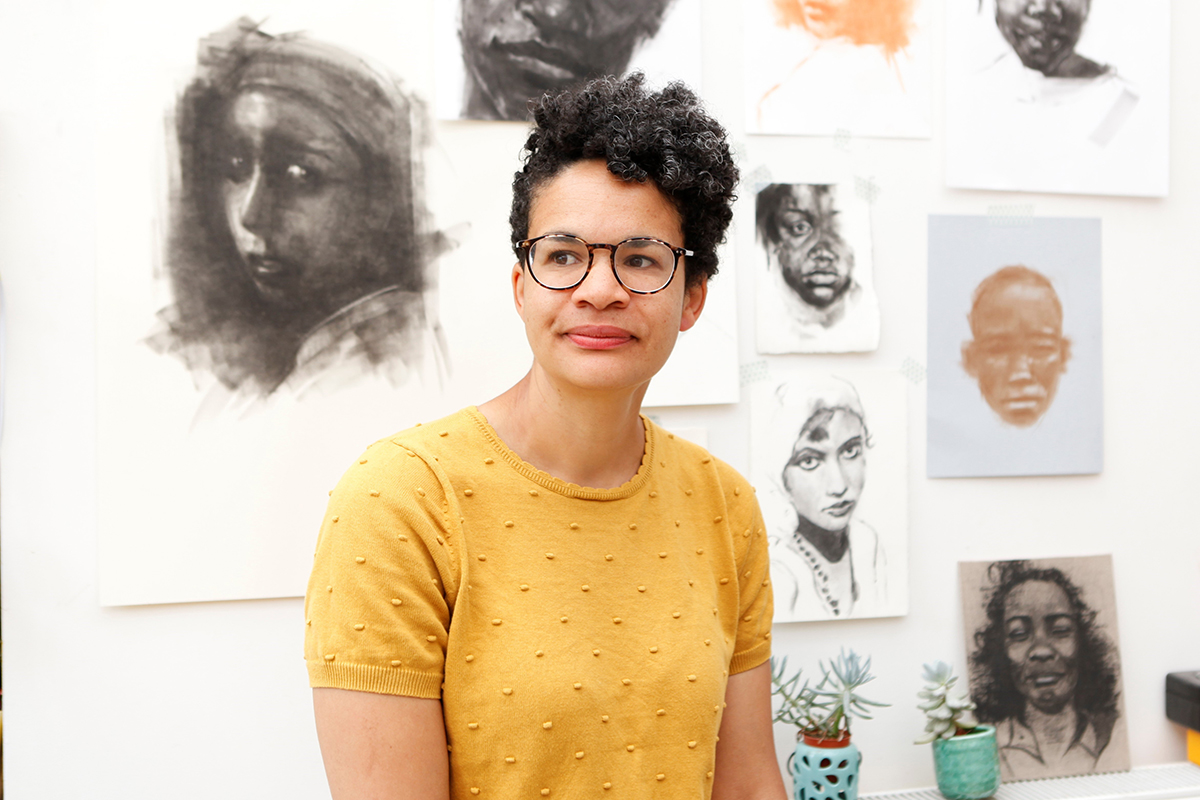 At a public lecture at the Judges’ Lodgings Museum in 2020, Professor Alan Rice was asked what could be done to change things at the museum to more fully reflect the histories of Black Lancastrians he has shared over the years. He said they should get new portraits of these historical actors on the walls to face the portraits of slave merchants by artists such as George Romney, Thomas Lawrence and Joseph Wright of Derby that currently face the visitor. To their great credit, the curators and management team took on board these comments and have secured funding to commission Lela Harris to create four new portraits of historic Black Lancastrians for display at the museum as part of the Facing the Past project.

Lela was previously commissioned by The Folio Society and personally selected by Pulitzer Prize-winning novelist Alice Walker, to produce illustrations for the new illustrated edition of her classic novel, The Colour Purple. This edition has been shortlisted for Best Cover Illustration Award at the V&A Illustration Awards 2022.

Lela’s new works will depict real Black individuals from history using research resources such as the descriptions on contemporary adverts for runaways escaping slavery that feature in the University of Glasgow’s Runaway Slaves in Britain database.

The new commission is part of a collaborative project to reveal the stories of the enslaved people who came to or through Lancaster and will involve workshops and an exhibition by young people at the museum. In the 18th century, Lancaster was the fourth largest slave-trading port in the country.

Judges’ Lodgings, which is run by Lancashire County Council Museum Service, is one of the first recipients of the Association of Independent Museums (AIM) New Stories New Audiences funding, part of the National Lottery Heritage Fund, for its Facing the Past project.

Facing the Past is a partnership project between Judges’ Lodgings, Lancaster Black History Group, Lancaster University and IBAR/MIDEX at the University of Central Lancashire (UCLan), and will explore the legacy of the city’s involvement in the Slave Trade and West Indies trades.

Lynda Jackson, museum manager of Judges’ Lodgings, said: “We’re excited to work with Lela Harris, who managed to stand out from a number of very high-quality submissions.

“The panel was hugely impressed both with Lela’s artistic skill and her ability to create portraits based on historical archival material.

“We cannot wait to see what she will create for visitors at Judges’ Lodgings.”

Speaking about her latest commission, Lela said: “I’m absolutely delighted to have the opportunity to work on such an important project in partnership with Judges Lodging’s, Lancaster Black History Group, Lancaster University and the University of Central Lancashire.

“It will be such an honour to shine a light on the lives of historic Black Lancastrians who have, for too long, been hidden by history.”

Facing the Past is part of a £75,000 project to redisplay the story of Lancaster’s famous furniture-making firm of Gillows and engage with the city’s troubled history with slavery. The portraits have been supported by Art Fund UK and the Association of Independent Museums.