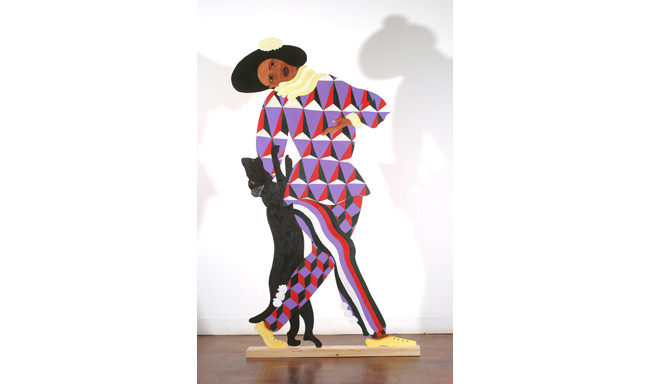 The conference will feature papers and performances from a wide range of disciplines and play host to an international collection of scholars.

2015 marks 100 years since the birth of Arthur Miller and ten years since his death and Professor Christopher Bigsby, of the Arthur Miller Centre, University of East Anglia, will deliver one of our keynote addresses. Professor Lisa Merrill (Hofstra University) who works in the performance of gender, race, and sexuality in historical and contemporary cultural settings will appear as a plenary speaker. Also, giving a keynote/performance will be E. Patrick Johnson who is the Carlos Montezuma Professor of Performance Studies and African American Studies at Northwestern University, a scholar, artist, and activist, who has performed nationally and internationally.

The Theatre and Performance Conference, held at UCLan from 19-20th June, featured an eclectic mix of scholars, independent performers and postgraduate students from around the world. It included papers ranging from avant-garde performance theory and commedia dell’arte, to burlesque and the performance of race and gender.

Professor Lisa Merrill of HOFSTRA University delivered a plenary lecture on the morning of the first day of the conference, about her work surrounding race on the nineteenth century stage. She captivated the audience by giving information relating to race riots prior to the infamous Astor Place Riot of 1849, which has been widely thought of as singularly a class war between working-class and middle-class theatre audiences of New York, which erased the race issues surrounding the event.

Following Lisa’s enlightening lecture were concurrent panels from a range of speakers, including UCLan’s own Janice Wardle and Dr. Raphael Hoermann, followed by Professor E. Patrick Johnson’s plenary lecture in the evening. He showed clips of his critically acclaimed performance, Sweet Tea: Black Gay Men of The South, and spoke about its transition from a series of interviews, to a stage performance, and how it is soon to become a film. Patrick highlighted the need of giving a voice to those oppressed by race and sexuality. The audience then moved on to a delightful meal at a nearby restaurant to discuss the papers.

The second day featured a round of more concurrent panels, followed by a delicious lunch, and then another plenary lecture from Christopher Bigsby on his work with and about Arthur Miller. His talk was truly fascinating, as he regaled tales of his times with Arthur Miller, his work on radio and documentaries and his analysis of Miller’s directorial work. Several presentations forcefully illustrated the centrality of race to theatre and performance studies.