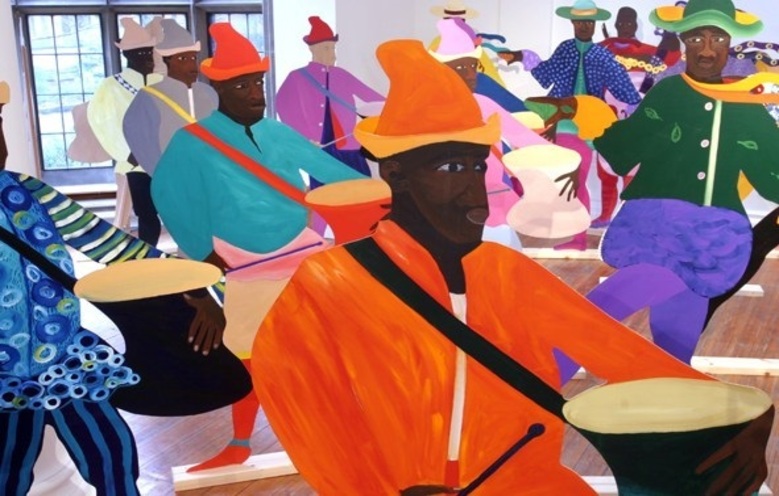 The weekend is set against the backdrop of two anniversaries in Liverpool: the tercentenary of the Bluecoat building, which was built in 1717 as a charity school for the poor, and has been a centre for the arts since 1907; and it is ten years since the International Slavery Museum opened. As part of the Bluecoat’s year-long anniversary programme, one strand aims to reveal and evaluate the presence of slavery and the black Atlantic in the history of Bluecoat.

Like many Liverpool institutions founded in the 18th century, Bluecoat was built to a large degree with funds derived from the expanding port. Initial findings from recent research by Sophie Jones into the founding years of the school suggest that at least 65% of regular subscriptions were derived directly from trading in slaves or from trade in slave produce.

While slavery is often presumed to be opposite to or distant from the ‘virtuous realm’ of philanthropy, this conference takes Bluecoat as a symbol of a more challenging, apparently contradictory history. It looks to explore how slavery and the black Atlantic filtered through and shaped such areas as charity, philanthropy, religion, education, philosophy, culture, literature and art.

The conference takes Liverpool as a focal point, but we are keen to welcome papers which engage with the themes in an international context. It will be interdisciplinary, and will combine academic and more generalist contributions. The conference takes place on Fri 24th Nov in the International Slavery Museum’s Dr Martin Luther King, Jr. building. It is connected to the public participation events at Bluecoat the following day and participants are welcome to attend both days if they choose. Given the arts context of Bluecoat, there will be a strong arts and performance element, including ‘Slavery on Film: Exploring the themes and significance of the representation of slavery narratives on screen. An illustrated talk.’

Possible themes include but are not limited to:

The extended deadline for paper submission is 30 April 2017

The registration fee for speakers is £25. Papers should be no more than 20 minutes long. For more info, please contact Michael Morris (LJMU), Alan Rice (UCLAN), and Cindy Hamilton (Hope) on:

This conference is organised between Bluecoat and the International Slavery Museum. It is co-sponsored by:

IBAR at University of Central Lancashire

University of Liverpool’s Centre for the Study of International Slavery