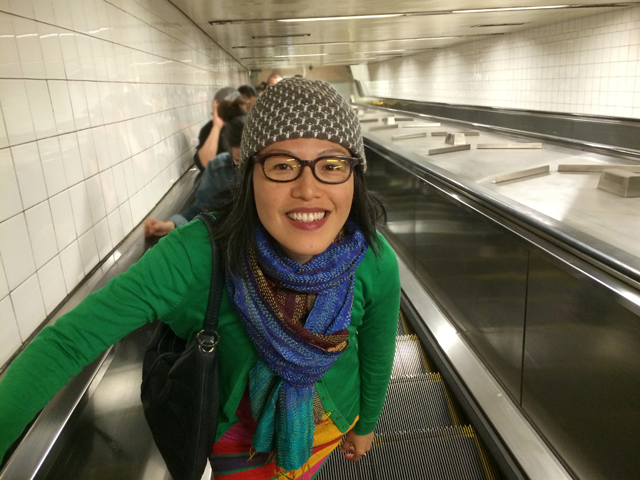 We are delighted to announce that New York based film Sikay Tang is joining IBAR as a visiting fellow from April 24th to the end of May.

After having studied studied photography and sculpture at the University of Chicago and fine arts at the Jan van Eyck Akademie in Holland, Sikay turned to film and television.

Sikay is an acclaimed editor. Highlights of her editing credits include award winning documentaries The Good Soldier (Emmy Award 2009), Beijing Taxi and Chisholm ‘72– Unbought and Unbossed (Peabody Award 2005). Her work in television includes being an editor with Bill Moyers on his weekly show, Moyers & Company, distributed by American Public Television. Previously, she produced and edited for ABC News.

She has taught classes at Temple University in in Pennsylvania and Third World Newsreel in New York.

Currently she is directing a documentary entitled Toby’s Paradise. It charts the life and the global journey of a Nigerian migrant, sailor and entrepreneur Toby Ebiember. After World War II he opened bars first in Shanghai, then Hong Kong and Singapore. He would be one of the first Africans to own a business in Shanghai and the last “Western” bar to close in China in 1956.

For a full synopsis of Toby’s Paradise click here.

Sikay is screening a work-in-progress excerpt of her film at two events at UCLAN.

She will be giving an editing class and showing an excerpt from Toby’s Paradise as part of the Northern Creative Festivals on Monday, 27th April. For further information follows this link. For details and how to book click here.